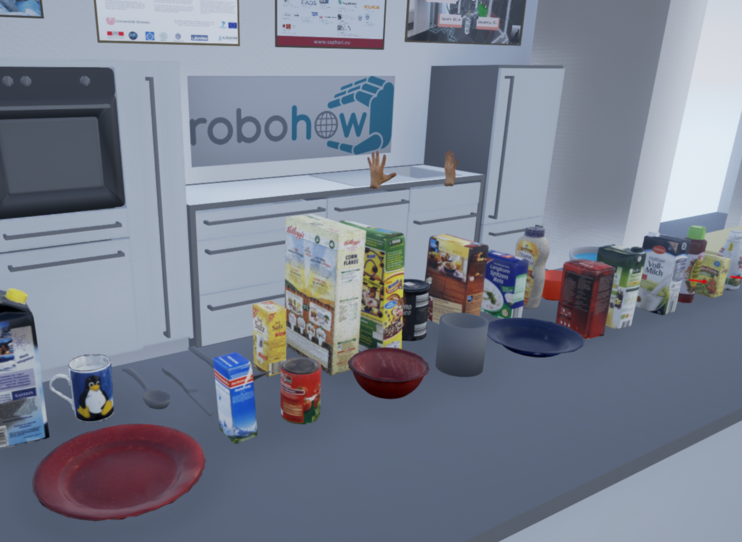 Virtual kitchen where users can interact with objects, furniture and electrical devices in VR. Custom scenarios can be generated for users to execute. During execution the semantic logger component can be equipped to collect symbolic and sub-symbolic data. Check out here. 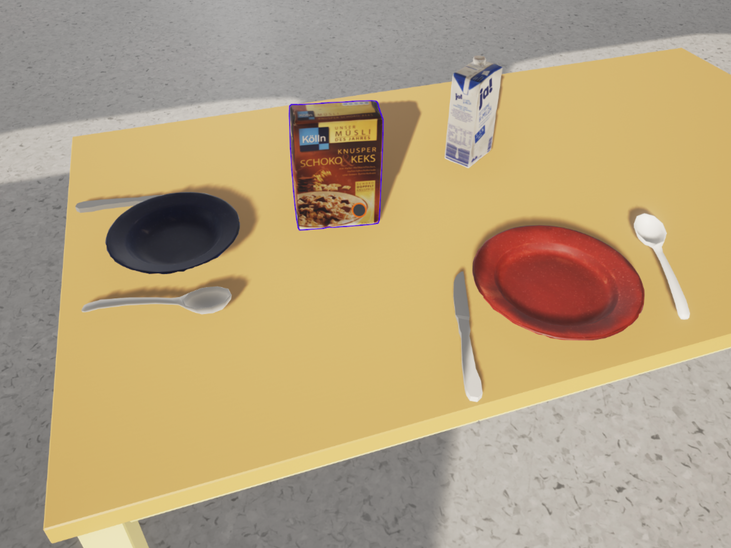 Web based virtual kitchen version made to improve the possibility of crowdsourcing. It is a simplified version of the VR kitchen game. The interaction is done by highlighting and selecting objects we want to interact with. The built in game logic mages sure that the built scenario mimics a real human (e.g. users can use two hands for some interactions such as lifting a stack of plates, they can only manipulate objects if at least one hand is free etc.) During gameplay, symbolic (contacts, grasping events, closing a door etc.) and sub-symbolic data (position and orientation of every entity at every simulation step) is logged by the semantic logging component.
Try out here.
Source code here.